I’m writing this article as I know some colleagues of mine are working with the same Samsung Series 9 notebook like me – and I hope I can help not trapping into a pitfall.

The last days I was heavily using my WiFi. From now and then I had some network issues – but I suspected the WiFi network I was connected to – as we all know about the quality of hotel WiFis. Furthermore I never had WiFi issues before.

Today when I was sitting in an office with public WiFi – during the first working hour everything was running fine. Later I got massive packet loss over the WiFi. A ping to the router and google DNS was looking like this: 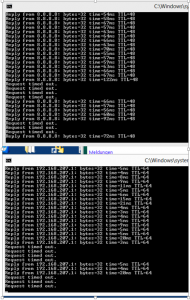 First I also suspected a WiFi issue, switched to my MiFi device and after 1 hour connection issues occurred as well.

The packet losses occurred very sporadic – sometimes after 5 minutes, sometimes it was running fine for half an hour or more. Disconnecting and reconnecting to the WiFi seemed to fix the issue for some time.

I verified that my notebook is really the culprit by running a ping application from my iPhone. 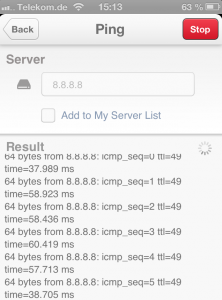 The Intel WiFi driver for Centrio Advanced-N 6235 looked pretty recent but I remembered I did an update using “Easy Software Manager” round about 3 weeks ago.. so I decided to roll back to the previously installed driver. 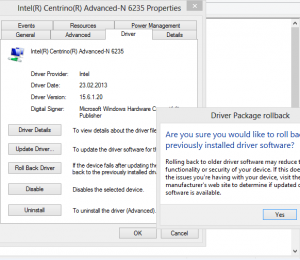 After Rolling back version 15.5.6.48 instantly fixed the network issues. 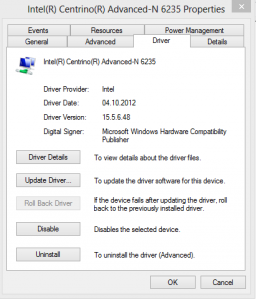 When searching for the driver version I found a thread at the Intel forums confirming that the network driver seems to have issues.

As the Centrio Advanced-N 6235 seems to be used in multiple Samsung series other models seems to be effected as well. For now it seems not sure if the Problem is Windows8 only.

Conclusion: Intel seems not to be interested to fix the problem and Samsung is still(!) deploying a crappy driver with their Software.. be aware – make sure not to run the recent driver version! 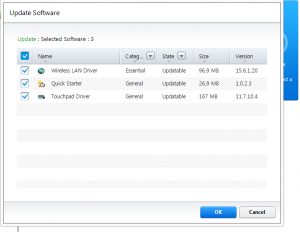 Update: After I did further tests it seems that driver version 15.5.6.48 is quite stable but having latency issues. As I am sick&tired and need a working solution I decided to buy a 15EUR mini USB dongle. Bye Bye Intel WiFI!!!